What Is Atomic Layer Deposition

Atomic Layer Deposition (ALD) is a gas phase deposition process based on sequential surface reactions to grow thin films of different materials, wherein the target substrate is exposed, sequentially, to one such reaction at a time.

These reactions are surface-limited, with only a monolayer of a given precursor reacting  with and/or chemisorbing on the surface.  The result is a pinhole free, conformal coating, with superior process control in comparison with other thin film deposition methods, such as Chemical Vapor Deposition (CVD) and Physical Vapor Deposition (PVD).

Key features of ALD that led to its growing applications in the design and fabrication of advanced materials and devices are:

ALD of many different materials on flat substrates have been demonstrated. 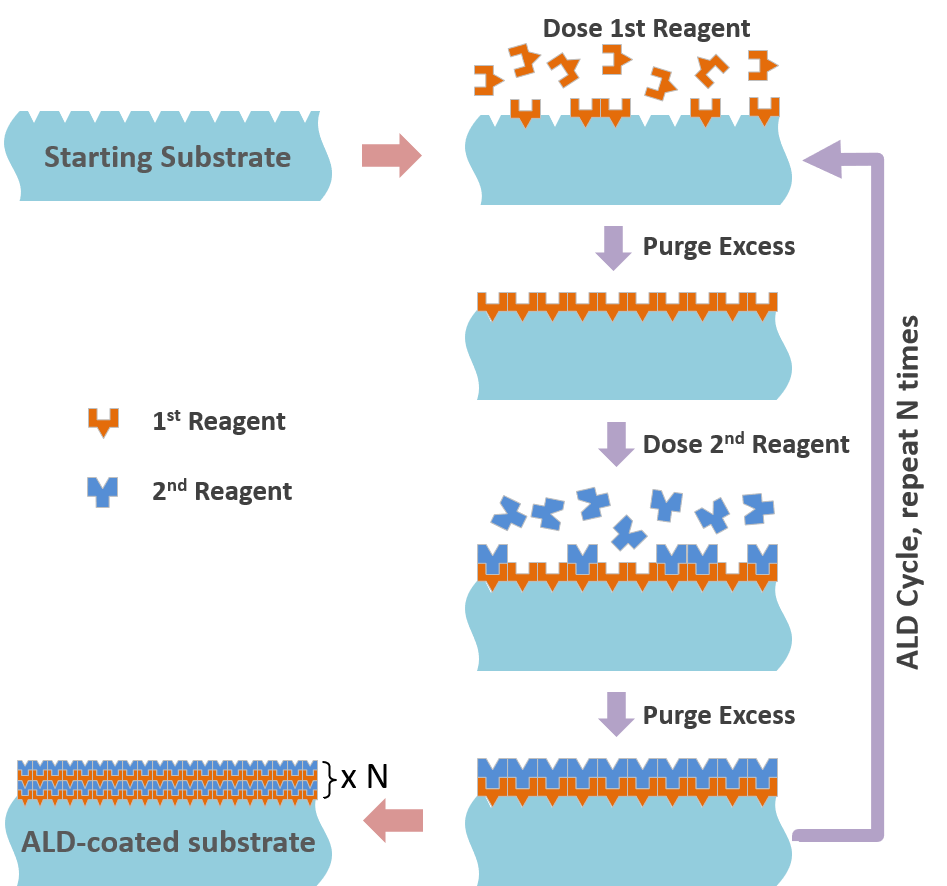 An example of partial reactions for ALD deposition of zinc oxide:

AAO as a Platform for High Aspect Ratio ALD

The synergistic combination of ALD with Anodic Aluminum Oxide (AAO) enables control of both the nanoscale geometry and chemistry with precision unavailable with other processes and materials.   The resulting well-characterized nanomaterial platform is ideally suited to support development and validation of high surface area ALD as well as to provide new avenues for expanding the library of AAO-based functional materials and devices.

ALD of alumina was first used for controlled reduction of the pore diameter in anisotropic AAO membranes by George’s group as early as 1997.  Since then, several groups have demonstrated ALD’s potential for precision engineering of nanoscale geometry, surface chemistry and properties of AAO.  Some of the work included contributions by InRedox founders: 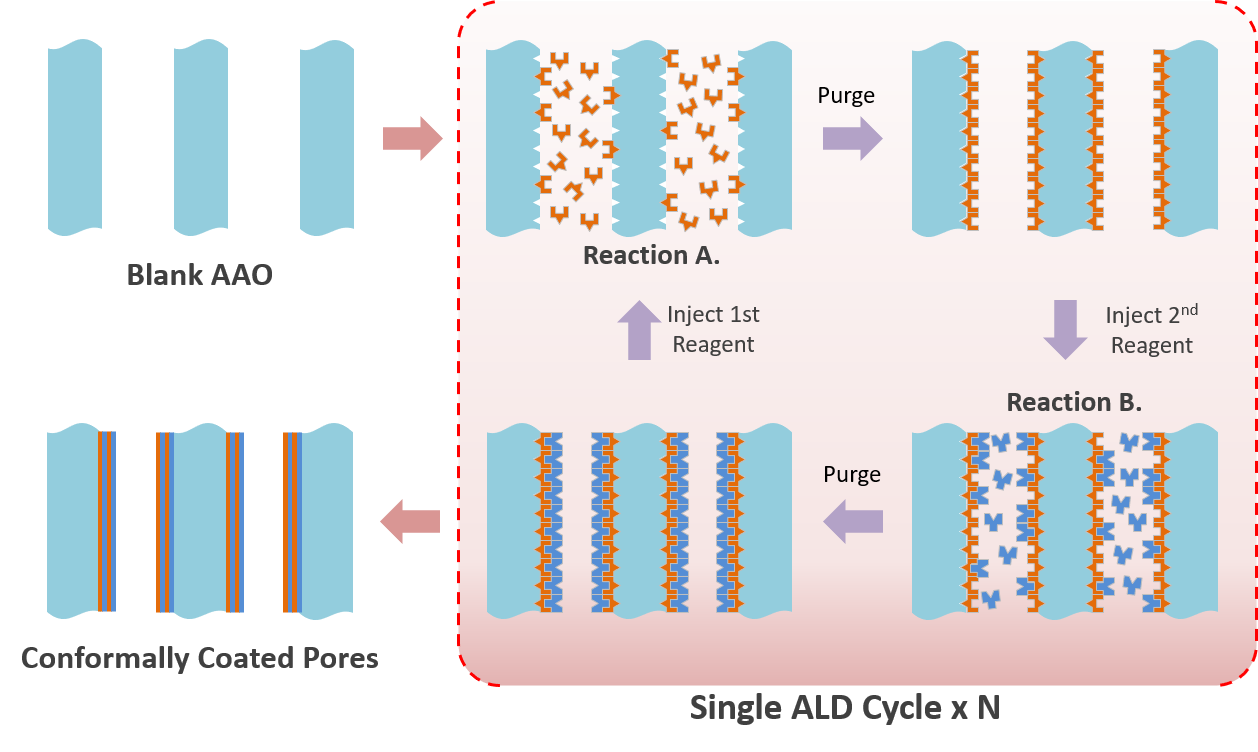 monolayer of ZnO has formed, surface terminated with -OH groups

This capability is now offered by InRedox through a unique partnership with Arradiance, a recognized leader in ALD equipment and process development, serving the materials science, nanotechnology, clean energy, nano-electronics and photonics markets. A core ALD capability, for which Arradiance has received more than 12 US patents (with several pending), is the application of functional nanocoatings to high-aspect-ratio, high-surface-area substrates. 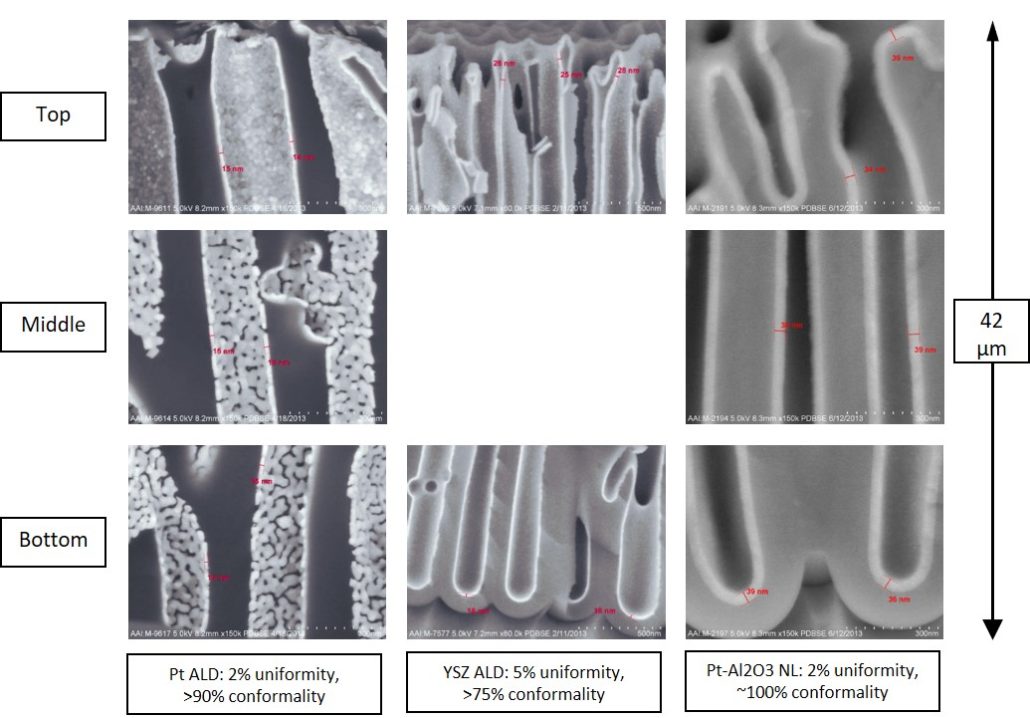 Arradiance – InRedox partner for these ALD-AAO nanocomposites – has developed an array of ALD processes and analysis techniques to create conformal nanoengineered coatings in complex high aspect ratio and high surface area environments other than AAO. Examples include: