Nanoporous Anodic Aluminum Oxide or AAO (also known as Porous Aluminum Oxide – PAO, or NanoPorous Alumina Membranes – NPAM) is a self-organized material with honeycomb-like structure formed by high density arrays of uniform and parallel nanopores. AAO is formed by electrochemical oxidation (anodization) of aluminum in the conditions that balance the growth and the localized dissolution of aluminum oxide. In the absence of such dissolution, dense anodic alumina films are formed with limited thickness. The diameter of the nanopores can be controlled with great precision from as low as 5 nanometers to as high as several hundred nanometers, with pore length from few tens of nanometers to few hundred micrometers. 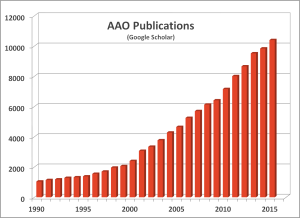 1990s, several groups (Masuda, Moskovits, Martin, others) pioneered the use of AAO as a template for nanofabrication. Since then, anodic alumina has become a widely recognized and very popular platform for the synthesis of arrays of aligned nanostructures (nanowires, nanotubes) and as functional nanomaterial for a many applications.

The significance of AAO in nanoscience and nanotechnology is underpinned by the potential to control its nanoscale structure and chemistry over large area and in practical formats, enabling development of new materials and products with desired properties and performance. As a result, the number of publications related to use of AAO in nanotechnology has increased exponentially since early 1990s. 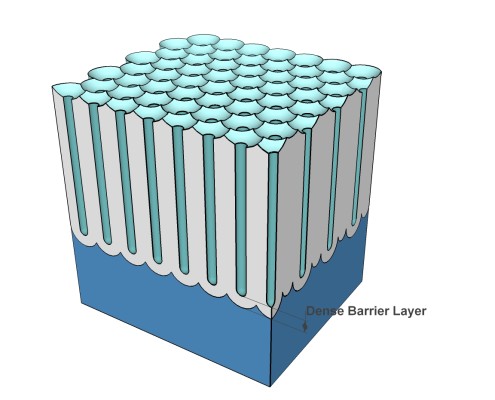 InRedox develops and manufactures several products based on this material. We offer high quality Anodic Aluminum Oxide nanotemplates and accessories in a variety of formats and specifications to researchers who are interested in exploring science and technology opportunities with AAO. 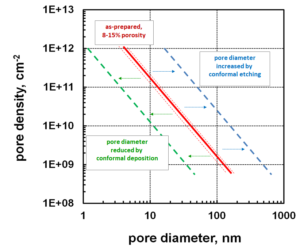